Exclusive Clinical Hypnotherapy. As unique as you are. 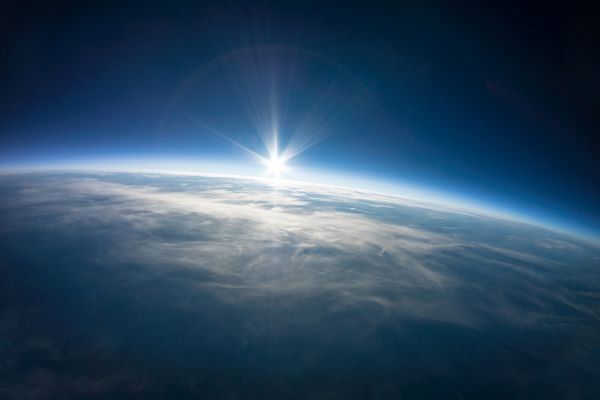 Is there a phobia standing in your way?

Take a moment now to look around and check; a quiet fear, perhaps, but all pervading, or maybe your fear is never quiet and never far away…

In 2007 Felix Baumgartner had a dream,

to skydive faster than the speed of sound. But as he started training for this 24 mile dive out of the sky he encountered a major problem. The protective pressure suit he was required to wear made him feel claustrophobic and very anxious.

Accustomed to skydiving with no protective clothing,

not even gloves in Winter, Felix had grown accustomed to feeling the temperature of the air around him and the speed of his fall, throughout his whole body. Suddenly, he was faced with the necessity of wearing a hand-sewn pressure suit, designed to maintain his life should he ever need to land on the moon. Its key features, of strength and resilience impacted significantly upon his experience of wearing the suit. Baumgartner commented the first time he tried it on that it felt as though “the outside didn’t exist anymore”. Breathing became more difficult, physical feeling sensations disappeared and all movement became significantly limited.

“It’s just you – having a hard time breathing, and it’s hard dealing with the loneliness. You start thinking about the big jump, when you’re sitting in the gondola for two hours, getting higher and higher, you’ve totally lost your connection to the earth. If something goes wrong, you have to pay for it.”

Felix’s fear was so intense

that he had to work hard to manage to wear the suit on the ground, during training.

Unlike astronauts, who spend up to 2000 training hours in their pressurised suits, Felix, due to the sponsor’s time constraints, had to achieve the same result in only 20 hours.

Felix’s anxiety levels became so high that he decided to take a year out and used that time to overcome his fear through hypnotherapy.

He became the first person to break the sound barrier relative to the surface without vehicular power as he descended.

You can watch him in action here. https://www.theguardian.com/sport/video/2012/oct/15/felix-baumgartner-skydive-space-video

If you have a phobia that is standing between you and your dreams, or goals, or even just getting in the way of everyday life, perhaps it’s time to take action, like Felix did.

It took Felix a year but that’s more than unusual.

Many phobias can be cured in just a single session or two.

If you feel ready to overcome whatever phobia is standing in your way, why not contact me today for a free, no obligation, consultation ?

This website uses cookies to improve your experience while you navigate through the website. Out of these, the cookies that are categorized as necessary are stored on your browser as they are essential for the working of basic functionalities of the website. We also use third-party cookies that help us analyze and understand how you use this website. These cookies will be stored in your browser only with your consent. You also have the option to opt-out of these cookies. But opting out of some of these cookies may affect your browsing experience.
Necessary Always Enabled
Necessary cookies are absolutely essential for the website to function properly. These cookies ensure basic functionalities and security features of the website, anonymously.
Functional
Functional cookies help to perform certain functionalities like sharing the content of the website on social media platforms, collect feedbacks, and other third-party features.
Performance
Performance cookies are used to understand and analyze the key performance indexes of the website which helps in delivering a better user experience for the visitors.
Analytics
Analytical cookies are used to understand how visitors interact with the website. These cookies help provide information on metrics the number of visitors, bounce rate, traffic source, etc.
Advertisement
Advertisement cookies are used to provide visitors with relevant ads and marketing campaigns. These cookies track visitors across websites and collect information to provide customized ads.
Others
Other uncategorized cookies are those that are being analyzed and have not been classified into a category as yet.
SAVE & ACCEPT